Any moving image technology can operate as a speed camera of sorts, once the distance between two points on a road is known, achieved by simply counting the frames in captured footage. As new 20 mph (32 kph) speed limits were being rolled out, to increase safety on the roads, it occurred to O'Connell that the generic road markings themselves could be used as the distance and basis for the calculation. Footage has been accumulated, different cameras and methods experimented with, and the artist attempted to beat the speed limit on foot. 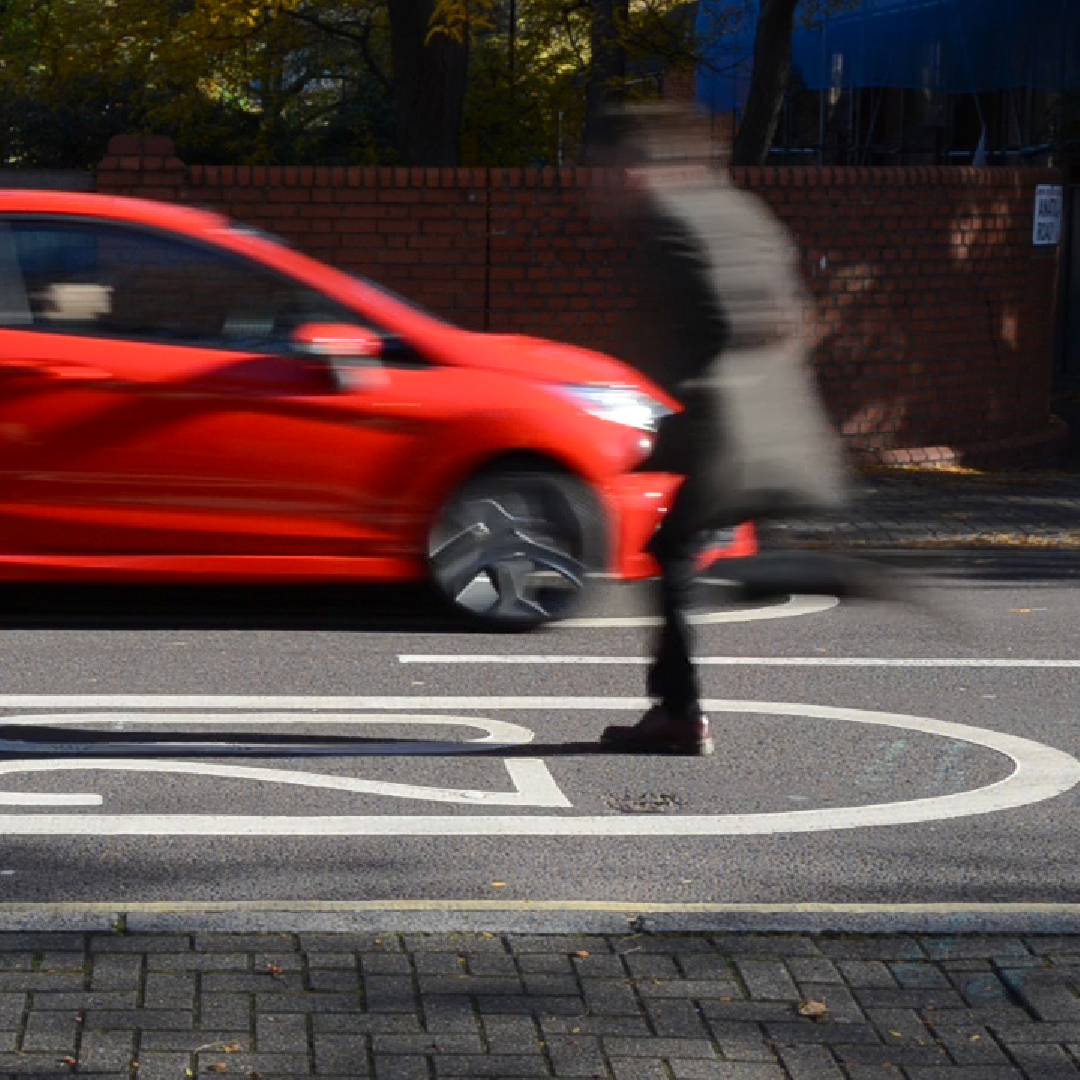 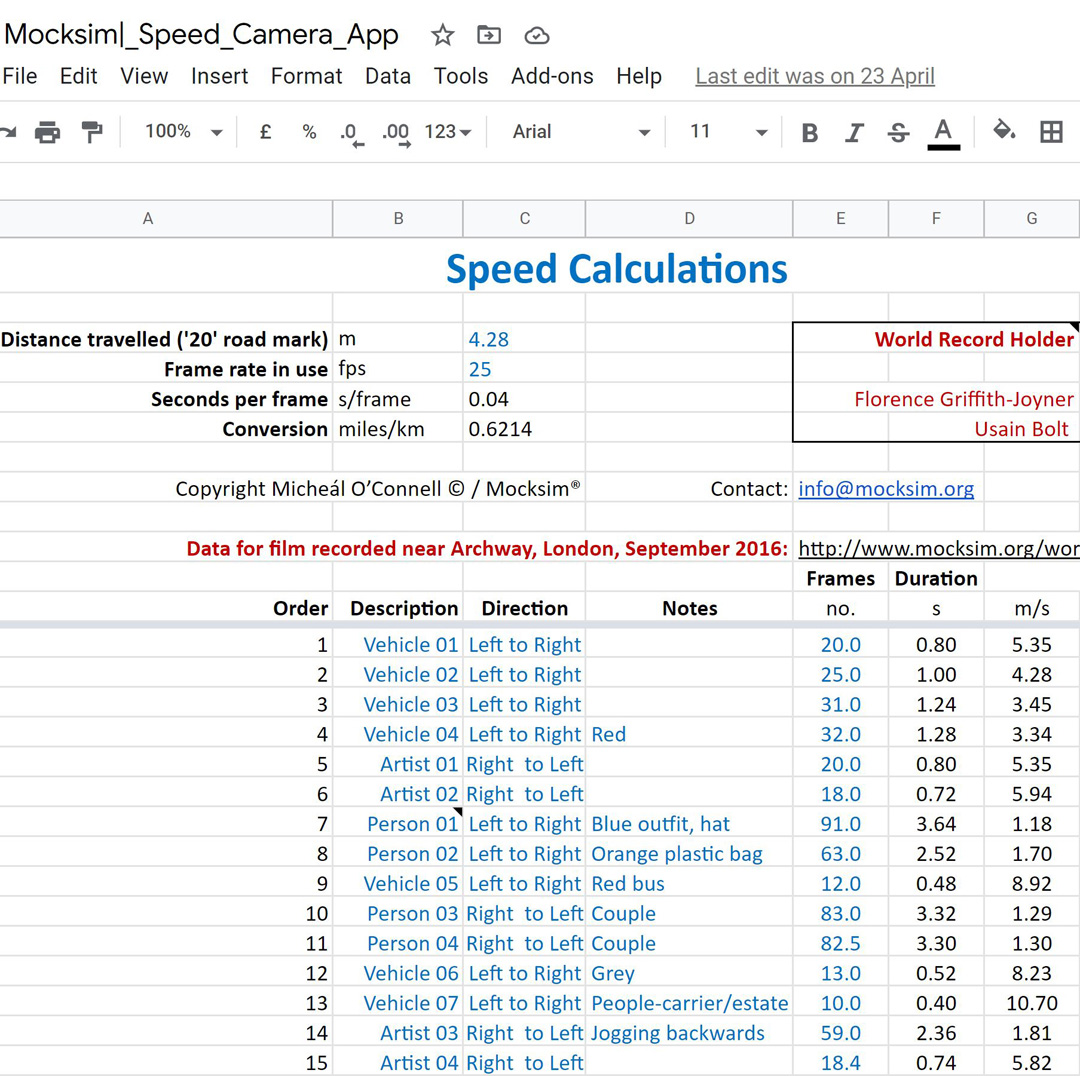